*** DISCLAIMER: I am not advocating being nasty or hurting people’s feelings.
Just being creative when you are and might. ***

One of the best reasons to have an expansive vocabulary is so that you can insult people with style. Crassly insulting someone/thing in public is generally frowned upon. For example, “you’re f-ing ugly” is a simple insult; easy words, understandable, and yet lacking in subtlety and a safe for all audiences rating. On the other hand, “Oh my goodness, look at you. Was anyone else hurt in the accident?” says so much without a single offensive word.

(NOTE: I do not condone telling people they are unattractive; I just had to share that one.)

People who know me send me word things. One was a collection of insults from a time before English “got boiled down to 4-letter words.” These days, most people would have to work hard to come up with some of these zingers. However, before swearing was as common as sand on the beach, good insults were works of word art.

Back to “you’re f-ing ugly.” Let’s face it, as far as insults go, it’s boring and distasteful. Some well-known alternatives include:

All of these statements are appropriate in “polite society” – people you do not swear around – and have a creative sting to them without being crass or overly rude. 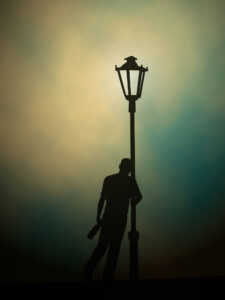 Enter “Mark Twain insults” into your search engine and you will find gems such as, “Why do you sit there looking like an envelope without any address on it?” or, “I didn’t attend the funeral, but I sent a nice letter saying I approved of it.”

Similarly, Oscar Wilde knew how to throw a verbal punch. I think my favorite is “Some cause happiness wherever they go; others, whenever they go.” “He has no enemies, but is intensely disliked by his friends,” also has merit.

Scottish poet Andrew Lang made an excellent comparison when he said, “He uses statistics as a drunken man uses lamp-posts… for support rather than illumination.”

As Abraham Lincoln said, “He can compress the most words into the smallest idea of any man I know.” And going out of your way to insult people is an extremely small idea. This is why I encourage spending time on your vocabulary. Learn new words and all of their meanings, you never know when they might come in handy.

For example, I am currently fond of tiger shovelnose catfish. To me, they look exactly like their name – so that may or may not be insulting. They are bottom feeders (not a compliment) as well as aggressive and do not always play well with others (also, not compliments). And I like how it feels when said out loud. “Don’t be such a tiger shovelnose catfish!” just has a great ring to it! Even if I had never heard of one before, I would not be pleased by the comparison.

One More for the Road

With an expanded vocabulary, you can express your displeasure, make your point, and maybe even make people really think about the situation. All without using words that might trigger someone to a point where they attack back.

While I remember little else about the book, I remember a line I read, “There’s nothing wrong with this congregation that a few well-placed funerals wouldn’t solve.”

Says a lot, don’t you think?