Last time, I talked about 2 of the 7 bogus grammar ‘errors’ you don’t need to worry about as explained by author Ben Yagoda. I was having a day of Latin grammar references that needed attention, so I skipped the so-called rules that I couldn’t directly connect to Latin. However, I’m so pleased that someone is calling attention to these rules that aren’t rules and explaining where they came from, that I couldn’t leave those not-related-to-Latin ones unmentioned. 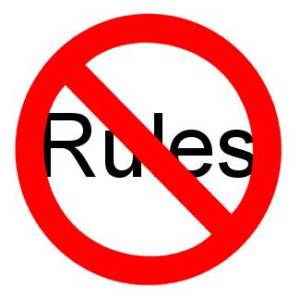 But First, a Disclaimer

For me, learning the grammar necessary for clear communication was a matter of living in it, not formal education. When the education was happening, my brain wasn’t taking it. Honestly, I don’t care about the difference between subjunctive, pluperfect, and past perfect progressive verbs. I care about what works. Remember, my passion is Clear Communication – not grammatically correct communication. END OF DISCLAIMER.

So, bogus grammar rules 1 & 2 were Don’t Split Infinitives and Don’t End a Sentence with a Preposition, respectively. Number 3: Don’t Use “Which” as a Relative Pronoun; this one hasn’t caused me much trouble. It appears that this “rule” started as a speculation. Apparently, commentator H.W. Fowler stated the opinion that introducing defining or restrictive clauses with “that” instead of “which” would make communications clearer. As everyone knows, I’m all for clearer communications; and, I find the hair that separates “that” form “which” a little too thin to split.

I think my favorite is Number 4, Don’t Start a Sentence with a Conjunction. If I ever learned this rule, I’m not sure I’ve ever followed it. Turns out there is only one minimal reference from 1868 that actually states this as a rule, suggestion, supposition, or anything else! Start any sentence you like with And or But and to heck with whatever grammar teacher told you otherwise. Now, I need to disagree with Mr. Yagoda’s point that a comma shouldn’t follow an opening conjunction. For me, commas indicate a pause; and sometimes a pause is appropriate after an opening conjunction. I think this is where we’ll need to agree to disagree.

When I reached Number 5, Don’t Use the Passive Voice, I thought there might be a problem. This is not a bogus rule! Actually, it is. It is a great suggestion, a preferable writing style, but not a rule. And, the truth is, there are some places where only the passive voice will do. Would “We hold these truths to be self-evident, that all men are created equal,” be as powerful in the active voice? “As created, all men are equal,” just doesn’t hold the same appeal. According to Liz Bureman of The Write Practice, when the object of the action is more important than the initiator, the passive voice is the way to go.

Don’t Neglect to Use Singular Verbs is bogus rule Number 6. Here, Mr. Yagoda’s point is not that you can neglect subject/verb agreement but rather that while some words are technically plurals (such as data is the plural of datum – that damn Latin again), we treat them as singulars. In practice, “data is”; even though technically, “data are” is correct. As Mr. Yagoda says, insisting on the technically correct “is pretentious and unnecessary.” This point also addresses the case of a collection word (group, bunch, etc.) followed by “of” and then contents of the collection (friends, flowers, etc.). As it happens, the verb form depends more on the emphasis of the sentence. “A group of friends ARE joining you for dinner”; and “the bunch of flowers IS beautiful” both make sense. Yet, “a group of friends IS joining you for dinner”; and “the bunch of flowers ARE beautiful” just feel a little awkward.

FINALLY, bogus rule Number 7, Words Always Mean the Same Thing. The meanings of words evolve. While the people who initiate the evolution tend to open themselves to abuse, the meanings do change. Evolve with the language, it doesn’t hurt – much.